The MBTA is considering cutting some service permanently as the transit agency faces major budget challenges due to the coronavirus pandemic. The proposed service overhaul could mean some riders may have to walk further, transfer more often or switch modes of transit — and potentially, pay more — in the […]

The MBTA is considering cutting some service permanently as the transit agency faces major budget challenges due to the coronavirus pandemic.

The proposed service overhaul could mean some riders may have to walk further, transfer more often or switch modes of transit — and potentially, pay more — in the future.

Last month, the MBTA said it expects to have a significant budget gap of at least $308 million and as much as $577 million for fiscal year 2022 (which starts July 1, 2021). The deficit will depend on how many riders return to the system.

Transit officials discussed what service on the system may look like in the future at the T’s Fiscal Management and Control Board meeting Monday. The conversation focused on overall priorities and guidelines, rather than specific service plans.

But it’s clear that transit officials don’t expect the MBTA to offer the same type of service it did before the pandemic.

“We can’t afford to run the system we ran before COVID,” Transportation Secretary Stephanie Pollack said.

Conversations about rail and bus service up until now have focused on preserving the system and adding to it — but that isn’t feasible now, Pollack said.

“We’re in a position where we have to be realistic. We’re facing significant deficits in the future,” MBTA General Manager Steve Poftak said Monday. “We have a real charge to focus our service on the customers who depend on the MBTA the most and those customers who are most likely to come back in the future.”

That could mean boosting service on routes where there is currently high demand or where more demand is expected in the future.

“We want to make sure that when we do make service reductions, that it’s not across the board everywhere the same, but that we’re strategic,” said Kat Benesh, the MBTA’s chief of operations strategy.

Transit officials said they are focused on providing service that is efficient, equitable and reliable to those who need it the most — particularly people of color, low income riders and those in households without a car.

Some advocates are welcoming this focus on equity and transit-dependent riders.

“We understand the budget issues are serious, and so is the survival and day-to-day needs of a lot of the residents in the greater Boston, Massachusetts area,” Mark Liu of the Chinese Progressive Association said Monday.

Staci Rubin of the Conservation Law Foundation said she supports increasing service in areas that serve transit-dependent populations “even if that means reducing service in other communities that are more likely to have the ability to work remotely or do not rely on the MBTA.”

But others worry about losing service. Boston City Councilor Kenzie Bok urged the control board to seek more resources from the governor and state Legislature. Bok said while her district, which stretches from Mission Hill to the West End, includes wealthier neighborhoods, many of the people who use public transit are low-income residents.

“While I understand the urge to optimize according to usage, the reality is that people count on minimum provision of public services like public transportation to plan their whole lives around and they should not lose that minimum provision in the name of efficiency,” Bok said.

Control board member Monica Tibbits-Nutt raised concerns about the potential service changes forcing people to walk further or pay more for the T.

“Even from an accessibility standpoint, it is a massive equity issue to have to have someone walk further,” Tibbits-Nutt said. “Same with changing transit modes. That can be really, really difficult for a lot of people.“

Tibbits-Nutt added that encouraging people to keep out of single occupancy vehicles, “but making them pay more to do that just doesn’t quite sit right with me.”

Officials said they will assess service by route and line. To that end, the MBTA is using various methods to get a sense of what ridership may look like in the future. For example, the MBTA has begun surveying employers to learn how they are planning to bring employees back to offices — and what that might mean for ridership. (The T also surveys riders monthly).

The T has already experimented with adjusting service across the system based on ridership demand throughout the pandemic, adding service on some routes that have experienced crowding and cutting service on less traveled routes. But the potential service cuts discussed Monday would be permanent and could affect all modes of transit.

Poftak has previously said “everything is on the table” when it comes to closing the MBTA’s budget gap — including possible layoffs and fare increases. And Pollack has said any service changes wouldn’t happen until next fiscal year “because those have to go through a process.”

The T is also looking at other ways to address its budget shortfall. The agency aims to save $400 million over the next two fiscal years by shifting federal funds to its operating budget and looking for other ways to save money or raise revenue across the agency. Transit officials also hope to get an assist from state lawmakers through a transportation bond bill that would give the MBTA funds to pay capital salaries. But for now, that legislation remains unresolved in committee at the Legislature.

Wed Oct 7 , 2020
The financial status of South Africa’s municipalities has had much media attention of late; therefore, it is unsurprising that this week’s National Tender Bulletin sees National Treasury taking action. The pair of tenders opens with a request from the Government Technical Advisory Centre for a team of specialists to conduct […] 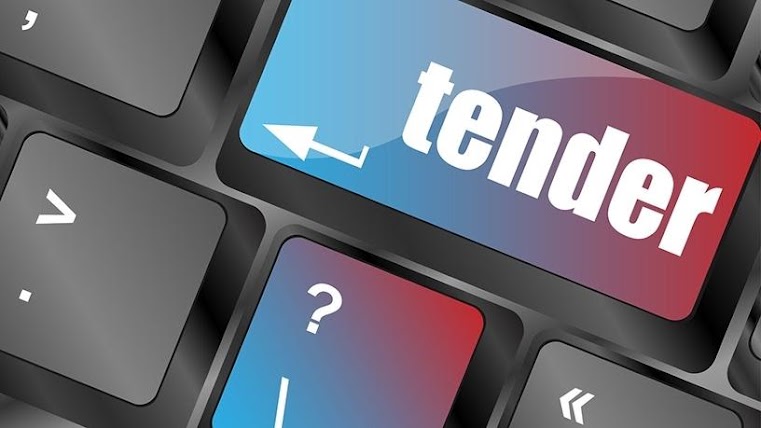