Audacity is not a word typically applied to military contractors. But in the last year, Andrew Winkler has flouted the norms of this low-risk industry and pulled off a feat worthy of his big-dreaming Silicon Valley heroes. In the midst of a pandemic, his engineering company, Thunderbolt Software, developed Vigilant Eagle, a […]

Audacity is not a word typically applied to military contractors. But in the last year, Andrew Winkler has flouted the norms of this low-risk industry and pulled off a feat worthy of his big-dreaming Silicon Valley heroes. In the midst of a pandemic, his engineering company, Thunderbolt Software, developed Vigilant Eagle, a next-generation fixed-wing drone. In May, the company and its two partners shipped a prototype to their first potential customer: an African country trying to stop poachers, whose sales of ivory fund terrorism.

“We were terrified of sending a $60,000 prototype overseas and letting these guys fly it without any in-person training,” says Winkler, whose plans to travel with a colleague to Africa were scotched by Covid. But with some online coaching, the prospective clients successfully flew the craft. Winkler believes a sale of at least 20 drones–worth several million dollars–is imminent.

R&D costs for the project were around $500,000. That’s a huge sum for a small military contractor working without a client. Under normal circumstances it would take years to save up. But Thunderbolt funded Vigilant Eagle with a novel source of revenue: The company delivers packages for Amazon.

Thunderbolt Software, based in Egg Harbor Township, New Jersey, is No. 94 on the Inc. 5000, with 3,608 percent sales growth over three years. The business, which had $5.7 million in revenue last year, employs around 120 people. Twenty percent are engineers with advanced degrees who perform complex calculations for weapons programs and other military projects. The rest are drivers, many recruited from a nonprofit organization serving the Latinx community.

“Amazon gives us liquidity and gives us cash,” Winkler says. “We are able to take the risks and do the experiments that other small defense contractors won’t tackle.”

Winkler’s segue into entrepreneurship began with a promotion gone wrong. After 18 years at Lockheed Martin–much of it doing systems engineering for the Navy’s Aegis weapons system–he was bumped up to a job in the aeronautics division. Soon after, a reorganization eliminated his new position. Rather than drop back in the ranks, Winkler took severance and, at age 47, used that money for a startup.

The industry was a given. Winkler’s expertise and networks all lay in military contracting. But contractors’ work is controlled by what the government is willing to pay for. At Lockheed, Winkler had watched in frustration as smart ideas went nowhere. “I always had this vision for blending Department of Defense style-work with more forward-leaning, Silicon Valley commercial work,” he says. “We were going to invest in new products.”

First, Winkler needed to pay the bills. So for two years after its launch in 2016, Thunderbolt operated like a conventional defense contractor. Winkler landed systems engineering and software development work on submarine programs and the F-35 combat aircraft. He grew the business to about 15 employees.

Winkler itched to leap into something bold and innovative, but didn’t have the money. Then one day, on LinkedIn, he saw an ad for Amazon’s Delivery Service Partner program. Pitched at aspiring entrepreneurs, DSP provides trucks, logistics, training, and, of course, work: specifically, last-mile delivery for its orders. The partner’s job is chiefly to build and deploy a team of drivers.

To explore adding this business, Winkler contacted José Mercado, whom he had met when Mercado was director of operations for a Lockheed subcontractor. Mercado also was a veteran of Lockheed–and of the U.S. Marine Corps. His specialty: logistics. “His background just made sense to me,” Winkler says. “I sent him the Amazon ad and said, ‘Are you interested in this?'”

Mercado was game. In 2018, he went out to meet with a manager at an Amazon warehouse in New Jersey. When Mercado asked the manager about the service’s pain points, he mentioned Camden, a high-crime, high-poverty area. “I said, ‘Give me Camden,'” Mercado recalls. “‘Give me Camden and I will hit it out of the park for you.'”

Mercado decided his best chance of success was recruiting drivers from the city. So he approached a nonprofit, the Hispanic Family Center of Southern New Jersey, and asked for referrals. The organization created a pipeline, which soon proliferated with family members.

Every day, Amazon sends Mercado 40 routes. Every day, he makes sure a Thunderbolt driver is covering each one. He adheres strictly to Amazon’s rules and metrics, and makes decisions based on voluminous data provided by the mother ship. But he leads with a military discipline instilled in him by the Marines. “The rules are non-negotiable,” says Mercado, who is now the president of Thunderbolt’s logistics division. “If you are late, you lose a shift. If you are a no-show, you can potentially lose your job.” (Mercado has also begun recruiting out of Fort Dix, near Trenton. About 10 percent of his drivers are veterans.)

As a partner to Amazon, Thunderbolt gained access to an array of services–including insurance, payroll management, and cellular equipment–at reduced cost, saving the small company tens of thousands of dollars. The delivery business roughly doubled Thunderbolt’s revenues, which also received a boost from a large Army contract last year.

Most important to Winkler, the additional money finally made experimentation possible.

In the summer of 2019, Winkler was approached by Ed Celiano, a technology operations executive working on unmanned aerial systems. Some of Celiano’s international clients were having trouble finding spare parts for the RQ11 drone, developed in the early 2000s for the U.S. military but now used globally. He asked if Thunderbolt could help create a kind of upgrade kit for the drones. Winkler had a different idea. He suspected the problem finding parts might signal broader dissatisfaction with the RQ11, which was starting to show its age.

Celiano, who is now head of Thunderbolt’s new ISR and Unmanned Systems division introduced Winkler to two other small companies in his network. Discussions commenced about creating a commercial alternative to the RQ11. C3 Systems, in Johnstown, Pennsylvania, would fabricate the frame, and Archer-Worx, in Scottsdale, Arizona, would handle design, prototyping, and flight tests. Thunderbolt would handle project management, sales, and marketing, as well as develop software for video image processing and other applications related to the drone’s actual work.

The fixed-wing craft they created stays airborne more than three hours, compared with 45 to 90 minutes for the RQ11, according to Winkler. In addition, it can fly at higher altitudes and at lower speeds.

Thunderbolt is still working out the price. But Winkler estimates the complete package–including three aircraft and a ground-control system–will cost about $180,000, roughly two-thirds as much as his military competitor. He anticipates demand from government agencies around the world, as well as large police and fire departments and organizations involved in inspecting infrastructure, such as pipelines and power lines. A less expensive version with fewer features, “targets smaller cities and municipalities where they are not going to be dropping $4 million or $5 million on drones,” Winkler says.

The plan this spring was to bring the partners together in New Jersey for software development and integration, to conduct flight-testing as a group in Arizona, and to meet personally with prospective clients wherever they might be. “Face-to-face collaboration had been our bread and butter in developing complex defense systems,” Winkler says. Then Covid struck, and the project shifted to Zoom, Chime, and Vimeo.

When that first potential customer–an agency within an African government–asked for a prototype, the team used Zoom and WhatsApp to set up training programs, which they delivered, live, at 2 a.m. Eastern time. “Luckily their people were trained to fly an RQ11 and had a pretty good handle on the basic operation,” Winkler says.

If the drone business is successful, “it could dwarf all the other stuff we are doing,” says Winkler. He also is intrigued by projects involving machine learning and artificial intelligence. Still, he says, Thunderbolt has no intention of giving up military contracting, which remains a reliable income stream, as well as a source of ideas.

As for the delivery business, the leadership team believes the whole company benefits by exposure to Amazon’s hard-charging ethos. “There is so much risk aversion in the defense industry,” Mercado says. “Having a little bit of Amazon running through our veins takes that away.” 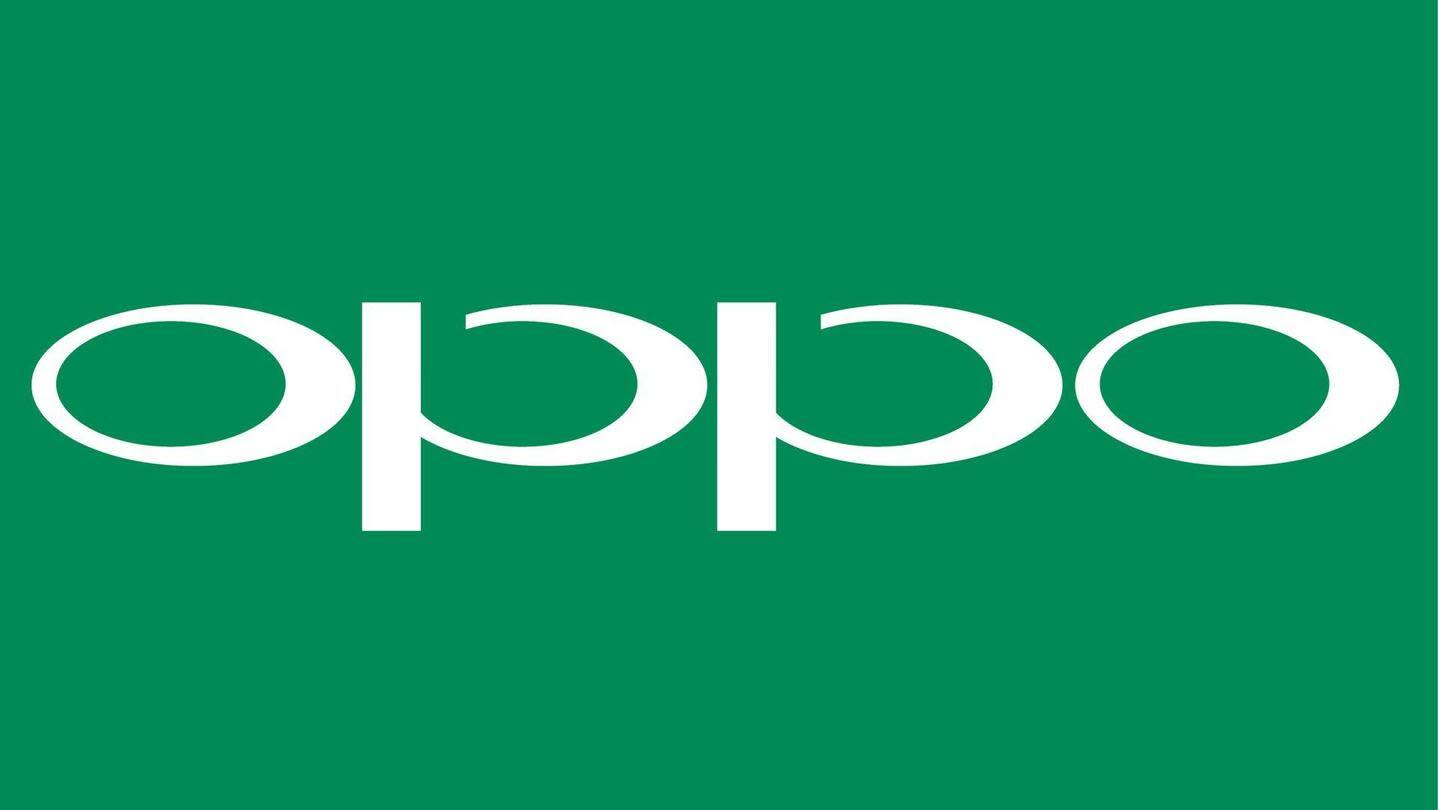