Doug Ford may be working hard at fighting COVID-19, but meanwhile he and his government are also busy wrecking environmental protection in Ontario. The destruction by Ford and his Progressive Conservative government has been relentless. It started before COVID-19 and continues right through the pandemic. Systematically, the Ford government has […]

Doug Ford may be working hard at fighting COVID-19, but meanwhile he and his government are also busy wrecking environmental protection in Ontario.

The destruction by Ford and his Progressive Conservative government has been relentless. It started before COVID-19 and continues right through the pandemic.

Systematically, the Ford government has been taking apart and destroying the laws, regulations, policies and programs that have been doing their part — usually not enough — to fight polluters, protect endangered species, forests and wildlands and take action against climate change.

It’s fair to give Ford credit for his presence and leadership during the COVID crisis. He’s out there every day, and he seems to be listening a lot to scientists and experts.

Most recently, Ford’s PCs pushed through a new law, Bill 197, that effectively guts the rules requiring environmental assessment before a construction or industrial project, such as a gas plant, road or sewage plant, can be built.

Ostensibly, the law, called the COVID-19 Economic Recovery Act, is supposed to streamline the process, for example, by moving the procedures online. Certainly, it does that, and there is room for streamlining and speeding up decisions.

But there is a difference between streamlining and obliterating — and for the most part, that’s exactly what the new law does to environmental review.

Now cabinet will decide if a project merits a full environmental review — protection is more or less being dialed back to what it was like before the environmental movement got rolling 50 years ago.

How will we know what input went into a cabinet decision to OK a smokestack next door? Oh, they’ll have some “consultations” according to the new law.

By the way, the Ford government waived the usual 30-day time for consulting the public before passing this legislation.

Do you trust Ford and his cabinet to decide whether that new factory on your street is environmentally safe? It would be nice if we could; the problem is that there is a long, consistent pattern of anti-environment moves Ford has made that started long before he got serious about COVID-19.

Last year, the Ford government gutted the province’s endangered species protection laws, to make it easier for developers to destroy species at risk if the critters or plants get in the way.

Ford also repealed the Toxics Reduction Act, which required companies to track and report on the toxic chemicals they create or use in their industries. He also loosened or eliminated environmental safeguards that govern aggregate extraction — gravel pits.

Before that, the Ford government cancelled 758 clean energy projects, including solar electricity for schools, hospitals and arenas and projects that would take manure from farms and turn it into fertilizer.

The office of Ontario’s environmental commissioner, which was set up in the 1990s to review and oversee protection in the province, was also closed by the Ford government.

What is the Ford government’s environmental protection plan? What is it’s climate change plan? It’s hard to say.

For example, if you’re looking for support from the Ford government to buy a clean electric car, forget it. One of the first moves Ford made was to cancel the programs that support trading in your gas guzzler for a zero-emission vehicle.

And speaking of climate change, the Ford government cancelled Ontario’s program to plant 50 million trees — compelling the federal government to pick up sticks and restore the program using funds from the tiny national carbon tax.

That’s the same carbon tax that the Ford government has committed up to $30 million of Ontario taxpayers’ money to fight in court — money that could be spent on fighting climate change and caring for the environment. Ontario has been losing this case so far, by the way.

None of this is to suggest that Ford or his colleagues are bad people. Indeed, he has shown us that he cares a lot about fighting COVID-19.

But so far, the Ford government is bad for the environment. Let’s hope it can step up and change.

David Israelson is a former Toronto Star environment reporter and is a writer and communications consultant based in Toronto and Niagara-on-the-Lake.

Mon Sep 28 , 2020
Prevailing over more than 20 finalists in this year’s Medical Design Excellence Awards (MDEA) program, these seven companies received the ultimate honor—a gold award—yesterday during a ceremony at the Medical Design and Manufacturing (MD&M) East trade show and conference. Now in its 18th year, the MDEA program recognizes excellence in medical product […] 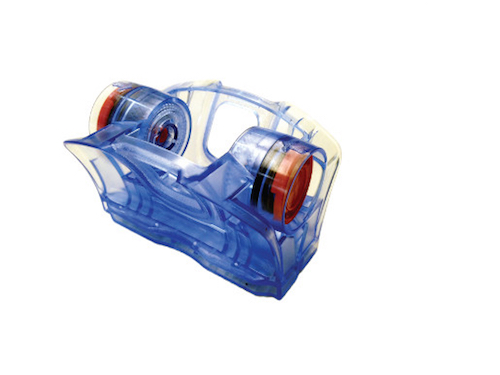