Enlarge / US President Donald Trump speaks during a news conference in which he frequently contradicted his own health experts. Covid-19 Coverage View more stories There was good news and then bad news for public health expertise yesterday. In the wake of increasingly unhinged behavior from a President Trump-appointed communications […]

There was good news and then bad news for public health expertise yesterday. In the wake of increasingly unhinged behavior from a President Trump-appointed communications director at the US Department of Health and Human Services, he and one of his key appointees have left their posts—one for two months, one permanently. But any hopes that science might resume being the main driver of US health policy were short-lived. Earlier in the day, CDC head Robert Redfield and other Health and Human Services officials testified before a Senate panel. By the evening, the president himself was calling his own CDC director mistaken about everything from mask use to the schedule of vaccine availability.

By the end of the day, Redfield was tweeting statements that balanced ambiguity against seeming to support Trump’s view.

A backdrop of turmoil

A constant background of tension has existed between the Trump administration (which wants the country to return to normal operations despite the medical consequences) and public health officials (who actually want to protect the public’s health). But several things have driven those tensions into the open recently, starting with last week’s revelation that political appointees were attempting to interfere with reports from career scientists at the CDC. That issue was seemingly resolved in the CDC’s favor, as a key administration figure in the Department of Health and Human Services (HHS), Michael Caputo, took a two-month medical leave after making a video in which he spoke of armed uprisings and conspiratorial cabals of CDC scientists.

While Caputo’s absence is temporary, one of his most problematic hires, Paul Alexander, was let go permanently. Alexander did not go quietly, telling Canada’s Globe and Mail that the CDC’s staff scientists were “generating pseudo-scientific reports.”

“None of those people have my skills,” Alexander went on to write, saying, “I make the judgment whether this is crap.” This comes after the leak of internal emails in which Alexander complained to prominent National Institutes of Health official Anthony Fauci, telling Dr. Fauci (falsely) that children cannot transmit the SARS-CoV-2 virus.

All of this would have seemingly quieted the issues and made it more likely that HHS officials would be better able to convey accurate health information. But the reprieve turned out to be an extremely temporary.

Even as the personnel changes were being reported, several HHS officials (including CDC Director Robert Redfield) were testifying before a Senate Appropriations Committee panel. While they were asked a wide range of questions, a number of these pertained to evidence-based public health policy and the possibility of an effective vaccine. And, as might be expected given the Trump administration’s approach to evidence-based policies, the officials frequently contradicted their boss.

While it’s impossible to determine which of these two were the primary motivators of the Democrats’ questioning, the hearings highlighted a number of key issues where the Trump administration and public health experts have diverged. And to an extent, those testifying dodged as much as they could. When Redfield was asked about Trump’s decision to downplay the severity of the pandemic, he replied that he wouldn’t comment on president’s decision but will say nobody at the CDC advised Trump to do so.

Something similar happened when mask wearing was brought up. HHS Assistant Secretary Brett Giroir said he wouldn’t comment on the president’s frequent dismissal of mask use, but he did say masks are an absolutely critical tool. His fellow assistant secretary, Robert Kadlec, simply said Trump “is an individual who can exercise his rights.”

But it was Redfield who worked the hardest to promote public health. Holding up his own face mask, he told the committee, “These are the most powerful public health tool we have.” He went on to repeat an earlier statement, that widespread use of masks for six to 12 weeks could bring the pandemic under control. “We have clear scientific evidence that they work,” he testified, saying they’re “more guaranteed to protect me against COVID than when I take a COVID vaccine.” His reasoning was that all vaccines fail to elicit an immune response at a measurable rate, whereas all masks provide at least some degree of protection.

Redfield also injected a large dose of reality when the topic shifted to vaccines. The Trump administration has appropriately begun planning for the widespread distribution of a vaccine as soon as one passes safety and efficacy trials. But the fact that current planning calls for distribution to begin just before the November presidential election has raised concerns about whether the timing might be motivated by politics rather than safety. And there’s clearly going to be a substantial gap between initial distribution and widespread availability.

Redfield decided it was time for the public to hear about the size of that gap. He said initial availability would be in the area of November-December but would only go to high-priority populations like health care workers and the elderly. The majority of the American public would probably have to wait for the third quarter of 2021.

This helpful dose of realism wasn’t allowed to stand for long. Later that day, Trump held a press conference, and reporters were quick to get into the gaps between his earlier statements and what his own health experts had to say earlier that day. And Trump basically tried to walk back Redfield’s comments for him.

When asked about mask use, Trump said, “Number one, it’s not more effective by any means than a vaccine,” before going on to say Redfield really didn’t know what he was saying: “I believe that, if you ask him, he would probably say that he didn’t understand the question.” This despite the fact that Redfield wasn’t asked to compare vaccines and masks—he did so simply to emphasize the importance of mask use. Later, Trump said he’d called Redfield, who reportedly told him, “I think I answered that question incorrectly.”

But Trump wasn’t content to simply address the relative value of masks and vaccines; he went on to dismiss mask use more generally, saying, “I think there [are] lots of problems with masks,” noting people’s tendency to touch them. Later, after giving a non-answer to a question about why he doesn’t set an example by using masks more often, Trump directly contradicted Redfield’s testimony about the scientific evidence on mask use, saying, “The mask may help, and I hope it helps, and I think it probably does, but again, the mask is a mixed bag.”

Vaccine-distribution questions ended up completely confused. At one point, Trump brought out one of his health advisors, Scott Atlas (who has some pretty questionable ideas) to talk about the plans. Atlas laid out a timeline that was largely similar to the one Redfield laid out. Distribution would start within a day of FDA approval, the date of which is currently unknown. Assuming an approval in mid-October, the plan was to have widespread vaccination of the initial high-risk populations done by the end of January. Sufficient doses should be available before the end of the first quarter of 2021, leading to widespread vaccination of the entire US population by the end of the second quarter. Overall, it was just slightly accelerated compared to Redfield’s testimony.

Of course, Trump himself said repeatedly that Redfield didn’t know what he was saying—literally. “I got the impression that he didn’t realize he said what he might have said,” Trump told the press. At several points, he suggested that Redfield just didn’t have access to information on the distribution plans, even though the CDC is producing them. At one point, Trump said of Redfield’s testimony, “It’s just incorrect information.”

Trump also took time to say that Democrats’ concerns that the vaccine might be rushed for political reasons was really just an indication that they don’t want an effective vaccine before the election. “This is a phenomenon that only happened when they realized we may very well have the vaccine prior to a certain very important date, namely, November 3,” Trump said. “Once they hear that, the Democrats started—just to show you how bad the intention is—they started knocking the vaccine.”

Trump also frequently spreads misinformation on the utility of testing for SARS-CoV-2, stating that if we had fewer tests, we’d have fewer cases. This is nonsense, and the HHS staff correctly identified it as such during its testimony. But Trump returned to this stance again during the press conference. “If we didn’t test, we wouldn’t have cases,” Trump stated. “You would have no cases. Other countries, they don’t test, they don’t have cases.”

Unrelated to the testimony, Trump also took some time to rail against an additional bit of public health advice: controlling the pandemic through restrictions on interactions among people. After suggesting the US’s horrific pandemic numbers would look better if we took out the statistics from Democratic-run states, Trump randomly segued into complaints about social distancing policies, saying, “It’s very important they open up their states.” Naming three swing states run by Democrats (Michigan, North Carolina, and Pennsylvania), Trump said that their restrictions are “hurting people more than the disease itself,” before imploring these states to “let your people have freedom,” echoing the earlier complaints of Attorney General Bill Barr.

Again, Trump suggested any restrictions were a political conspiracy rather than governments following public health advice. “They’re closing it for political reasons,” he said. “It’ll open on November 4—it’ll open right after the election. But they want people to… they want our numbers to be as bad as possible. The problem is our numbers are so good.”

The near-delusional insistence that the US numbers are good when we have the most COVID cases and deaths of any nation made a return near the end of the press conference. That’s when a reporter asked how we could trust Trump about the pandemic when he’s contradicting the head of the CDC. “Because of the great job we’ve done,” Trump replied. “We have done a phenomenal job on COVID-19, as they like to call it.”

Sun Oct 4 , 2020
To call [Carnivore’s] home automation project impressive would be an understatement. He’s pulled together a system that is fast, well presented, and easy to use. To interface with items in his home he’s using X10 modules, and this example simply switches some table lamps. But the underlying setup seems incredibly […] 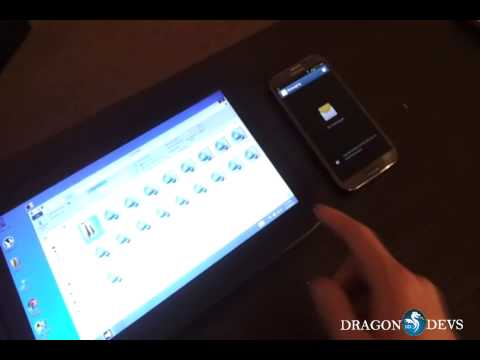