Grand jurors were told the cell phone of a White defendant charged with the Feb. 1 shooting death of a Black man in Moreno Valley contained files with racial slurs about African Americans, along with the phrases “white power,” and “Hail Hitler,” a transcript of testimony shows. The panel voted […]

Grand jurors were told the cell phone of a White defendant charged with the Feb. 1 shooting death of a Black man in Moreno Valley contained files with racial slurs about African Americans, along with the phrases “white power,” and “Hail Hitler,” a transcript of testimony shows.

The panel voted in August to indict Darren Peter Zesk, 19, with the first-degree murder of Massai Cole, along with special circumstances that the slaying was a hate crime, and that it was committed while lying in wait for the victim, an 18-year-old June 2019 graduate of Ventura High School.

Zesk’s nephew, Jared Lee Zesk,19, is also charged with Cole’s slaying, but not with the special circumstances. Both are White and lived in Riverside when they were arrested.

Darren and Jared Lee Zesk have pleaded not guilty. No trial date has been set for either defendant, who each have separate cases. The grand jury transcript was released Wednesday, Sept. 23.

Prosecutors said at a July preliminary hearing that Darren shot Cole, and Jared fired a gun into the air while Darren retreated to the car the pair came in, and both left the scene.

The grand jury panel also heard testimony from a relative of the Zesks,  who said Darren Zesk told him about shooting someone at a party multiple times, and that Darren Zesk identified the person he claimed to have shot as Black. “It’s kind of the only way he identified him,” the relative said.

Darren Zesk described the early morning shooting to the relative later on the same day, Feb. 1, before a planned sledding trip in Big Bear. Then the two then went on the outing, the relative testified.

The two special circumstances filed against Darren Zesk could lead to the death penalty, if prosecutors decide to pursue it, and if he is convicted of at least one of them.

Darren Zesk’s attorney, Darryl Exum, said Wednesday that he does not believe the special circumstance filings are justified in his client’s case.

Exum noted that an investigator who had interviewed Jared Zesk was asked at a July preliminary hearing whether Jared had mentioned any racial motivation by him or Darren connected with the shooting. The investigator said there was none, according to a transcript.

The district attorney’s office has characterized the testimony and evidence presented to grand jurors in August as information developed after the preliminary hearing. Defense attorneys are not present inside grand jury hearings.

On the night of the slaying, Darren Zesk shot Cole after luring him out of the party on the pretext that someone he identified as his “cousin” was waiting at the front of the house for a one-on-one fight with Cole, according to testimony from an investigator at the closed hearing.

The Zesks had left the party in the 16500 block of Century Street shortly after midnight when Jared lost a fight, then returned about an hour later, according to testimony.

The three involved in the fight besides Jared Zesk were identified by an investigator as a Black person, a White person, and a person of unknown race. The Black person was not positively identified as Cole.

Deputy District Attorney Michael Kersse told the grand jurors that even though two others were involved in the fight with Jared, Darren Zesk only focused on a Black man, Cole, when he returned to the party

“The reason he was killed was because he was an African American male, and Mr. Darren Zesk had a state of mind where he had hatred of African Americans and that’s why he selected Massai Cole,”  Kersse told the panel in the closed Riverside County Superior Court hearing.

Cole’s family had pressed for the hate-crime special circumstance after a racist video was found on YouTube with a search for Darren Zesk’s name. An investigator also found the video and testified at the grand jury hearing that Darren Zesk’s last name on the YouTube file is spelled with three k’s.

Kersse asked the investigator what he associated with “KKK?”

The video, which the investigator said appears to be homemade, only has one image with the soundtrack, which includes the phrase “white power,”  then a curse word and a racial slur for Black people, followed by the phrase “kill them all.” The inspector said he did not know if the voice on the video was Darren Zesk’s.

The relative testified he had not heard Darren Zesk identify with “white power” or the KKK, but did hear him play racist songs.

A search for “racist” on the phone turned up the title of a song with racist lyrics. Asked to read them to the grand jury, an investigator had to quote racial slurs repeatedly until he told the panel, “I don’t want to do any more.”

Sun Oct 11 , 2020
Hilarious photo of teen Kittle shows how far he has come originally appeared on NBC Sports Bayarea George Kittle cuts an imposing figure, with the 49ers listing the All-Pro tight end at 6-foot-4 and 250 pounds. That wasn’t always the case. The Checkdown posted a split image on Kittle’s 27th […] 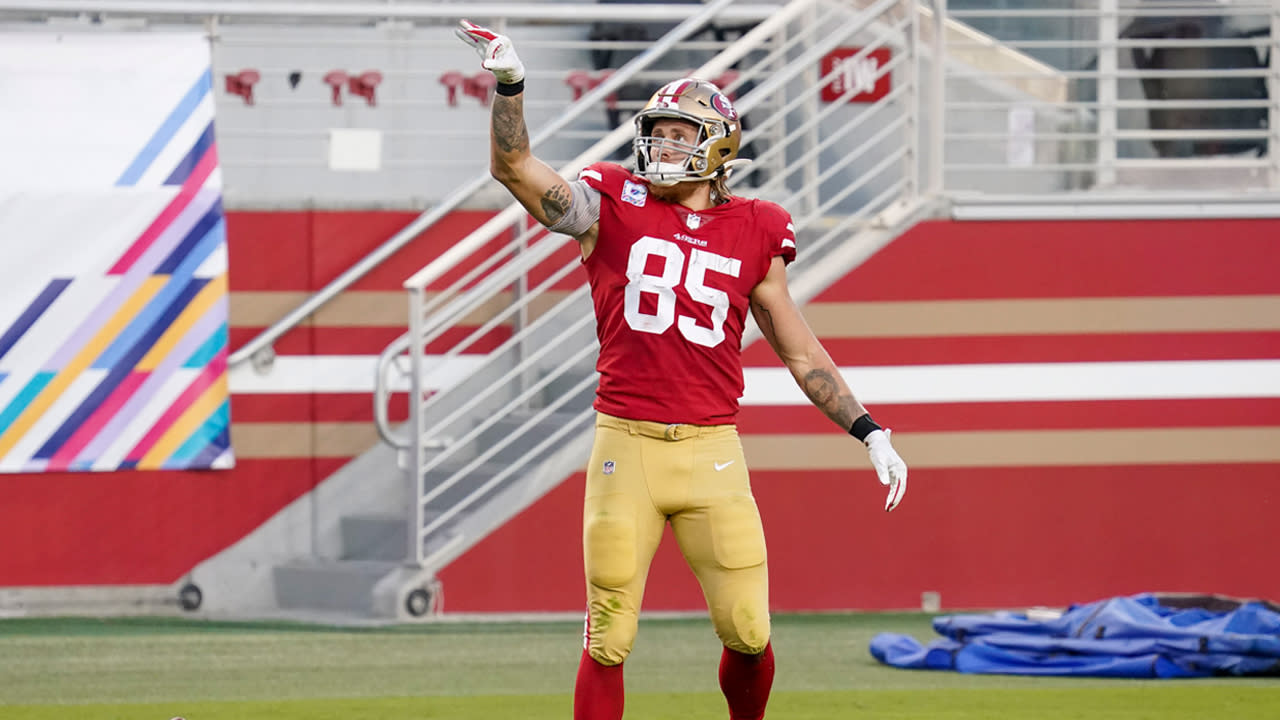