Whether or not this concept rendering of the iPhone 12 Pro from the YouTube channel ConceptsiPhone is accurate, the new iPhone is expected to support 5G connectivity. ConceptsiPhone It’s safe to say 2020 has been a garbage year for human beings, but it’s been a fruitful one for new phones, cameras […]

It’s safe to say 2020 has been a garbage year for human beings, but it’s been a fruitful one for new phones, cameras and gaming consoles. It’s only September and a slew of new products have launched or been announced, including the Xbox Series X and PS5, the new Sony A7S iii mirrorless camera, the Samsung Galaxy Note 20 Ultra and Galaxy S20 FE and new products from Amazon. “Techtember” is over, but the year’s most anticipated release, the iPhone 12, is coming Oct. 13. Here’s how to watch Apple’s event livestream. Leaks and rumors point some exciting new features for the next Apple phone including a high refresh rate display, more sizes and lidar. (These are the features I wish Apple would steal from Samsung.) But the most significant addition won’t be the cameras or the expected A14 processor. It’ll be its support for 5G.

That means the biggest feature on the iPhone 12 will be largely out of Apple’s control and firmly in the hands of AT&T, T-Mobile and Verizon. Depending on your carrier and where you live, your 5G experience on an iPhone 12 could vary greatly. It’s an unusual position for Apple, which is known for its insistence on crafting virtually every aspect of its products, from the hardware to its software.

Subscribe to the Mobile newsletter, receive notifications and see related stories on CNET.

Read more: Is iPhone 12 cheaper than iPhone 11? Here’s what we’ve heard about price

By contrast, the current state of 5G in the US is a mix of hype, hope and whatever the opposite of harmony is. Depending on the carrier, 5G comes in a variety of frequencies, some that offer truly mind-bending speeds but lack the reach to connect to your phone all the time. Other frequencies have a long reach and stable connectivity but offer speeds that aren’t much faster than 4G LTE. Some parts of the US have 5G networks from all three major US carriers, others have absolutely zero coverage.

Does this mean 5G will determine if the iPhone 12 is a flop or not? In terms of sales, of course not. Apple will likely sell millions of new iPhones. But that doesn’t mean that everyone who buys an iPhone 12 will have a great experience getting it connected to and working on a 5G network. And the hundreds of thousands, if not millions of new users that do get connected will drive a massive spike in traffic on 5G networks that are still in their infancy. There’s a huge potential for many people to have a bad 5G experience on their new iPhone. Possibly even worse than if they just stuck with 4G.

I remember in 2013 when the iPhone 5 launched with 4G LTE support. I bought the phone in September when it first came out and I experienced lightning speeds. But by the time Thanksgiving rolled around, a lot of other people had an iPhone 5 and my 4G LTE speeds leveled out due to all the new traffic on the same network. Luckily over the years, 4G LTE got more robust and networks were able to offer more capacity.

When it comes to 5G, things get more complicated because not all 5G is created equal. That superfast 5G I mentioned earlier requires different antennas than mid- and low-band 5G. Those different antennas means multiple models of the same iPhone. 5G suffers from fragmentation and, even for someone like me who’s pretty knowledgeable about such things, the topic can be overwhelming.

Read more: Will iPhone 12 have Touch ID so we can unlock our phones with masks on? Probably not

Why is Apple taking a gamble with 5G? The company has to. Even if the path isn’t fully paved now, in a couple years, 5G will be the way most of us get cellular data. The other reason is 4G LTE is a great safety net. Someone on an iPhone 12 without a 5G radio in their neighborhood would still be able to connect via 4G LTE. But it would be a shame if that same person paid a premium to get a 5G iPhone only to have zero or spotty 5G coverage.

But if my friends and family members are any indication, a 5G iPhone is something many of them are longing for. It’s not that the iPhone 11 and 11 Pro aren’t great or that my friends are particularly excited about 5G. To them a 5G iPhone is all about future-proofing, even if 5G connectivity isn’t ready to use out of the gate.

If you’ve been waiting to buy an iPhone until it has 5G support, chances are you’ll be rewarded this fall. But do your research about the 5G connectivity in your area and what your carrier offers. If you don’t care about 5G and are on an upgrade year for your iPhone, then you’re in a great position. You’ll still be able to use the reliable and comfortable 4G LTE that you’ve grown accustomed to, and over the coming years you might notice faster service as 5G and its multiple flavors of connectivity expand across the US.

That should offer a modicum of comfort in this horrible year.

The tech sector can -- and must -- disrupt social inequity

Tue Oct 13 , 2020
As scores of headlines expose systemic racial injustice and COVID-19 thrusts organizations even deeper into digital transformation, it’s clear that we’ve arrived at the corner where technology and social equity meet. But it’s a far cry from a friendly encounter – more like a bad collision. Recently, we’ve seen news of Facebook’s unacceptably imbalanced […] 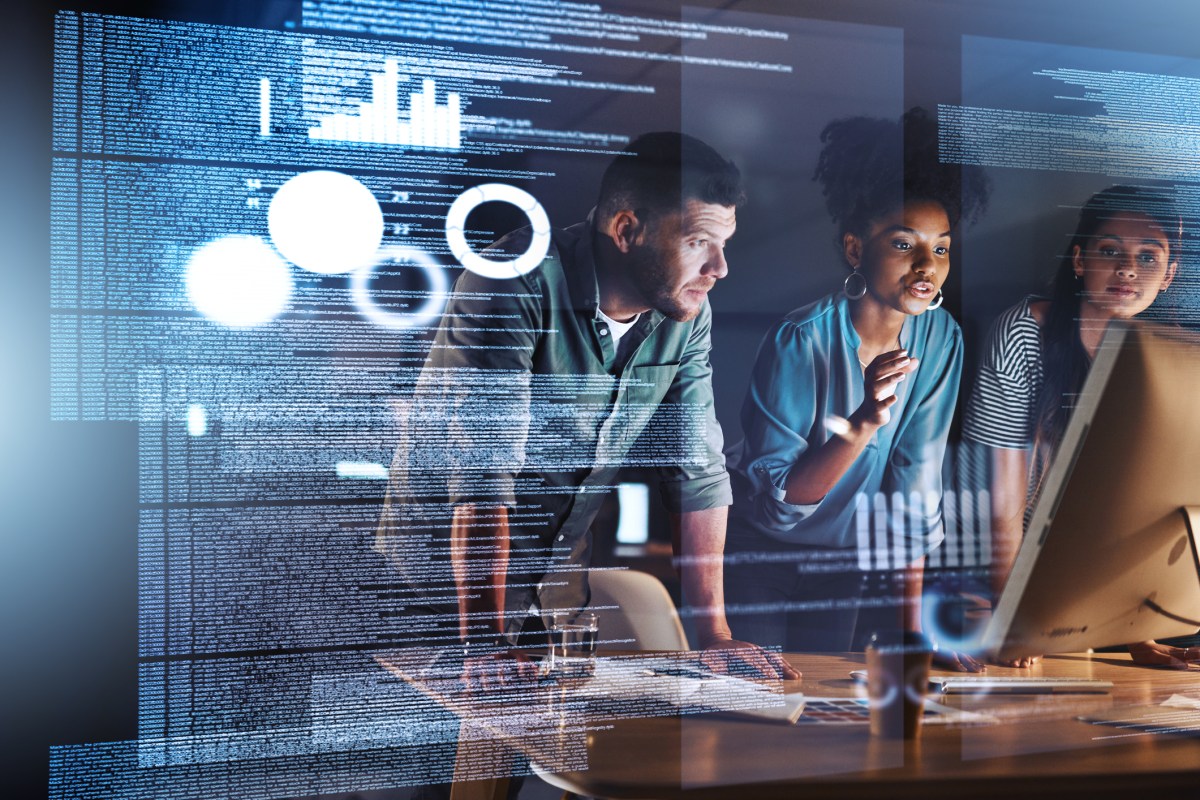