The sentiment that “life begins at fifty” isn’t exactly new, but traditionally military hardware that reaches half a century in service starts to be considered quite antiquated. There have been examples of vehicles and equipment that remain in service such as the B-52 Stratofortress, but when it comes to warships, […]

The sentiment that “life begins at fifty” isn’t exactly new, but traditionally military hardware that reaches half a century in service starts to be considered quite antiquated. There have been examples of vehicles and equipment that remain in service such as the B-52 Stratofortress, but when it comes to warships, fifty has been considered a bit long in the tooth.

Despite that fact, last month came the news that the U.S. Navy was considering an extension to the service lives of the aging Nimitz-class carriers. USNI News reported that the Navy has been assessing whether to delay the decommissioning timelines for the first of the carriers in the class.

While the USS George H.W. Bush (CVN 77) only entered service in 2009 and could thus be serving for decades to come, the lead ship of the class, USS Nimitz (CVN 68) was commissioned in May 1975 back when Gerald R. Ford was president, and it had its refueling and overhaul completed from 1998 to 2001. The ship certainly has lived up to its nickname “Old Salt.”

“You have 40 more years of Nimitz life, but Nimitz herself is coming up to potentially an end-of-life-cycle at the end of this [future years defense program],” Program Executive Officer for Carriers Rear Adm. James Downey said at a symposium hosted by the American Society for Naval Engineers in September.

“But she has capability beyond that point,” Downey added. “So we’re looking at where that capability sits from a timeframe perspective.”

How many years the ship could get after it hits fifty in 2025 is unclear—but some form of extension seems to be in the cards.

Alan Baribeau, a spokesman for Naval Sea Systems Command, told the Kitsap Sun newspaper that the Navy is “assessing maintenance, operational, and technical considerations in order to maximize benefit to the Navy and to the nation. As a result, the Navy is considering operating Nimitz for a limited period of time beyond its notional 50-year service life.”

In other words, extending the service life of a carrier may not be as simple as deciding not to retire a warship. The Navy would still need to analyze upcoming refueling and complex overhauls (RCOH) as well as docking availability to even assess whether or not the decommissioning of the lead carrier of the class is even feasible.

The Nimitz-class carriers are now projected to have a fifty to fifty-five-year service life despite the design intending the carriers to be in service for around just thirty years.

Baribeau suggested that extending the ship beyond 2025 would require maintenance work to be performed at the Puget Sound Naval Shipyard—but that brings up another issue: the backlog at the Navy’s shipyards.

The problem is being addressed, but perhaps not quickly enough.

Last month, reports suggested that the Navy spent $2.8 billion from 2015 to 2019 to improve the performance of its shipyards, as it has faced persistent and substantial delays in ship maintenance. A Government Accountability Office (GAO) report issued last month called out the issues, but this was not exactly “news” to the Navy, which has too few shipyards to repair its warships.

The fact that the Navy has even put an extension of the life of the Nimitz on the table is notable, as just last year the Navy recommended retiring USS Harry S. Truman (CVN 75) at its mid-life point as a cost-saving measure, but ultimately rescinded the proposal after an outcry from lawmakers. The carrier is scheduled for its next refueling and complex overhaul in 2025.

Now instead of reducing the carrier fleet to nine—with eight carriers in service while one undergoes refueling and overhaul—it seems the Navy fleet of flap tops could actually increase. USS John F. Kennedy (CVN 79), the second of the new Gerald R .Ford-class, is still currently scheduled to be commissioned in 2022 and while she is scheduled to replace Nimitz, instead the two could be in operation together.

One factor is that in March of this year, Acting Secretary of the Navy Thomas Modly suggested that only four of the ships of a planned five in the Ford-class might be built. In the short term that could still mean a U.S. Navy with a dozen carriers—the most since World War II.

Peter Suciu is a Michigan-based writer who has contributed to more than four dozen magazines, newspapers and websites. He is the author of several books on military headgear including A Gallery of Military Headdress, which is available on Amazon.com.

Tue Oct 6 , 2020
By Supantha Mukherjee, Sam Nussey STOCKHOLM/TOKYO (Reuters) – Microsoft MSFT.O will on Tuesday launch its Xbox cloud gaming service priced at $1 for new users’ first month, in a major drive to attract casual gamers with the promise of cutting ties to the living room and as competition with Sony […] 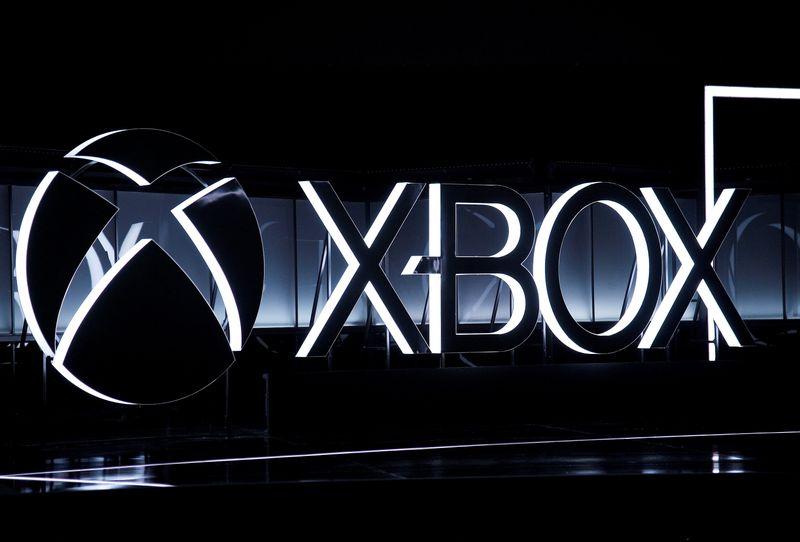