And it’s not just DSLRs. Something like the mirrorless Fujifilm X100s is still as good as its newer siblings, for most people. Generally, digital cameras age faster than film—new features and better sensors mean “old” models are obsolete much faster than with film cameras. But unlike the early days of digital, where yearly improvements were significant, real improvements have slowed.

The combination of slowing growth and plunging prices means you can pick up a 5-10 year-old bargain camera right now that is comparable to today’s models. What’s more, you might be able to use it as a webcam, one that will blow your friends and coworkers away, if you need one.

Why buy an old DSLR?

The other reason to buy used is that you cann get a much better camera for your money. You can have yesterday’s pro machine, with lots of room for settings, features, and higher-resolution product for a wider range of uses, for the cost of a cheaper pocket camera today Many professional photographers use their favorite models for years, because their skill is in shooting photos, not buying cameras.

All this applies to any digital camera, but I will keep using the D700 as an example because it embodies all the advantages, and many of the pitfalls, of buying a used digital camera.

Digital cameras have long been measured in megapixels. But more isn’t always better. The D700 only has 12.1 megapixels, which might seem like too few compared to some modern models. But 12 is more than enough. Just ask Sony, whose latest camera sports a 12 megapixel sensor. First, ask yourself how many photos you print. Then, ask how big those prints are. This handy chart shows that a 12 megapixel sensor will print an excellent 15×10 photo. And for sharing on-screen, 12MP is plenty.

The D700, and cameras starting in that 2008-ish era, can also perform in lower-light environments. The D700 was one of the first cameras to offer high ISO settings that produced usable photos. Modern smartphone cameras are using custom algorithms on specialized chips to achieve decent dark photos. But the D700, and many DSLRs after it, shoot great pictures with their powerful sensors. The D700 turns out nice stuff at ISO 6,400, which requires five times less light than regular daytime ISO 200.

The great thing about DSLRs is that you can find, keep, and use old lenses, even on relatively newer bodies. Nikon is the gold-standard here. You can attach any Nikon F-mount lens made since 1958 to any Nikon SLR body.

There are some caveats to lens compatibility, however. Just because a lens is compatible with a body doesn’t mean all its features will work. Newer consumer-level bodies lack a motor to drive older autofocus lenses, and the really ancient lenses won’t work with automatic exposure. But in general, most stuff works, and you can shoot photos. Canon changed its lens mount entirely when it switched to autofocus in the 1980s, but again, there’s plenty of backward compatibility within its model history.

Many older cameras are more sturdily built than newer ones. These pro-level cameras from another time often preferred metal parts to plastic, and are sealed against weather and dust. Equally important is the design. The D700, for example, has a dedicated hardware knob, dial, or button for every important setting. Once it’s set up, you can use it without ever navigating a menu on a tiny screen, with even tinier buttons, in sunlight. Even formatting the CF card is done by holding down two buttons together on the D700.

This makes the camera way more usable. Cheaper cameras often hide functions in menus, even important ones like ISO or white balance.

Things to watch out for

Not everything was better in the sepia-toned olden days. SLR cameras of this era rarely had video, or even live-view. They may also use CompactFlash (CF) cards, which are more expensive than equivalent-capacity SD cards. CF cards have two rows of tiny holes in one end, which engage with metal pins inside the camera. These pins can get bent, which can ruin a camera. I killed a Canon compact camera in the 2000s by jamming the CF card in the wrong way.

Another thing to watch out for is shutter count. The shutter in the D700 is rated to last through 150,000 actuations, on average. If the camera was actually used by a pro, that average could come up sooner than you might think. With digital cameras, you can often find an exact actuation count.. And check the model you’re buying against the Camera Shutter Life Expectancy Database. Even if you unknowingly bought a camera whose shutter is at the end of its life, replacing a shutter may still be cheaper than buying a new camera.

Sensor dust is another possible problem. Once dust gets stuck on a sensor, it can be hard to shift. Test for dust by shooting a plain black and a plain white surface, then checking the images. Sensor-cleaning kits are available, but you can also get the cleaning done at a repair shop.

In 2006, the EU ruled that digital cameras were camcorders, and levied extra import duty of up to 12.5%. This tax was possibly meant to be compensation for owners using their cameras to pirate movies and TV shows. To avoid the extra taxes, camera makers limited recording time to 30 minutes (29 minutes and 59 seconds). Apparently, the EU didn’t care about people pirating sitcoms.

Inevitably, hacks are available to disable this limit. 30 minutes is enough for most people, but if you’re filming a school play or similar, you may want more.

For Canon cameras, there’s a fantastic software add-on called Magic Lantern. This runs from the CF/SD card, and gives all kinds of amazing new features to EOS cameras. For other brands, a search will do the trick. But bear in mind, your current smartphone might shoot better video than a ten-year-old camera.

For safety, consider buying from a used camera store with a warranty. That way you will at least get some safety buffer, and if you buy from a good store, they will have checked it over for common problems.

Also, avoid the top-of-the-line models. The D700 was the second in Nikon’s lineup after the D3. As such, it was more likely to be used as a spare by a pro, or as a hobbyist’s main camera. I’ve seen D700s with shutter counts as low as 10,000.

If buying privately, try to buy in person (as safely as you can do that now). If you haven’t bought used cameras before, take a knowledgeable friend with you. Don’t be afraid to remove the lens, and to run the camera through its paces. One bonus of buying a camera like this is that the seller is likely to be an enthusiast, so they’ll understand their camera and your needs.

And bring a tablet or laptop so you can check those photos out on the big screen, and also run the shutter-count check.

A DSLR is a combination of mechanical parts and computers. The downside is that these are tiny, and packed inside a small camera body. The good news is that iFixit has a whole section dedicated to camera repairs. You might also like to browse the Learn Camera Repair site, which is full of excellent tips and resources for fixing up cameras. It’s also a pretty good read.

It’s also more than likely that an older pro-level camera is likely more repairable than a cheap modern camera. If a pro spends $5k on a tool, they expect to be able to maintain and repair it, or at least have their local shop do it. Digital is more complex in terms of spare parts and repairs, but it’s still possible.  However, while Nikon was known for keeping parts available for film cameras that are years out of production, it recently killed off its authorized repair program. This means that only two locations in the U.S.—Melville, NY and Los Angeles, Calif.—will be able to repair your Nikon camera.

According to the Nikon Camera Repair Site, spares are hard to get for cameras made before 2006. The author at the Repair Site recommends trying to buy broken versions of the same model from flea markets to cannibalize for spares. Check iFixit for repair guides to your used camera—they just happen to have the full Nikon service manual, schematics and all, for my D700.

One tip before you open up an old DSLR: beware cameras with built-in flashes. Their capacitors can carry quite a jolt. A capacitor stores electricity like a battery, only it can deliver all of that power almost instantly. If you open up a device and start poking around without guidance, you could end up discharging it into yourself, which can be deadly. If the camera has a built-in flash, its capacitor will be pretty big. It’s possible to safely discharge a capacitor, but definitely stay away if you’re not 100% sure what you’re doing. And remember, even if the camera hasn’t been used for a while, capacitors can still remain charged.

Other than that, it’s time to hit the classifieds, local used goods markets, or your local used camera stores. I get a kick out of knowing that I can easily afford a camera that was way, way out of my price range only a few years ago. You might, too.

Wed Sep 30 , 2020
Bicycle headlights are now so bright that they can dazzle motorists, potentially (and ironically) causing those drivers to run into the cyclists who are using them. The Farina, however, is made to be bright without being blinding – plus it has some other nifty features. Designed by Korean startup Hauteworks, […] 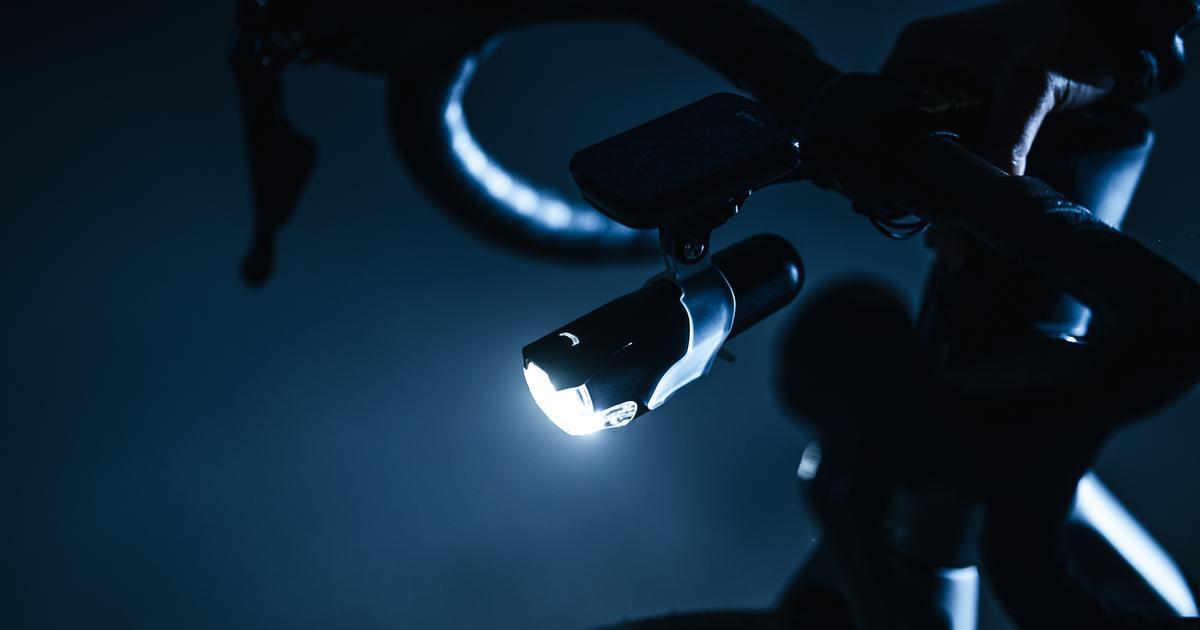